Do you truly believe in what you are doing?

A few years ago I came across “Freakonomics” a book written by economist Steven Levitt, which covers, amongst others, the topic of obsessive parenting.
Obsessive parenting is a sort of infant-management strategy, which involves practices as Mozart music sessions for unborn babies, frequent museum trips, bed time stories, and many similar early education exercises, aimed to reassure obsessive parents that they are offering a better chance in life to their offspring.

The author’s arguments, based on a research conducted by the Chicago Public School system (the third-largest school system in the US) and on an extensive project called Early Childhood Longitudinal Study (ECLS), are as much as enlightening as they are surprising.
It is true that if a student attends a good school, he/she performs usually better than a student going to a bad school. On the other hand, performances showed on tests are not related with being black or white students, once a given statement. All students in bad schools, black and white, lose ground to students in good schools. According with these data, schools have a clear impact on the academic progress of a child, at least in early years. But can the same be said for parenting?
ECLS data allows a correlation between a child’s personal circumstances (family history and behaviors) and his school performance. A regression analysis shows that eight factors, related with the art of parenting, are strongly related with child’s early test scores, while other eight don’t seem to matter. It happens that the first list describes things that parents are, while the second describes things that parents do. 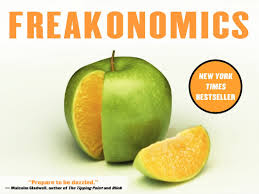 To sum up, parenting techniques seem to be highly overrated. The matter is that, by the time you start reading a book about parenting, it is far too late. Most of the things that matter were decided long ago (who you are, whom you married, whether you are smart, hardworking, well educated, well paid, ad so on).

Finally, how has all this changed my parenting style? It taught me that I should be myself, and not pretend to do things that don’t really belong to me. Just as I do in other aspects of my day-to-day life, including what I do for a living. I know that the best and most rewarding outcomes are those brought about by actions that reflect our genuine beliefs.In other words, the mere implementation of business procedures and techniques, which might have worked brilliantly elsewhere, will eventually not survive the lack of long-term sustainability.
So if you are expecting successful results, my question to you is, “Do you truly believe in what you are doing?”

Partner GMA Consulting, I'm a veteran snowboarder, a photography enthusiast, and a yoga novice. I've lived in 3 continents and I'm eager to explore more of the world with my family. In my posts I will share my personal and working experiences abroad.